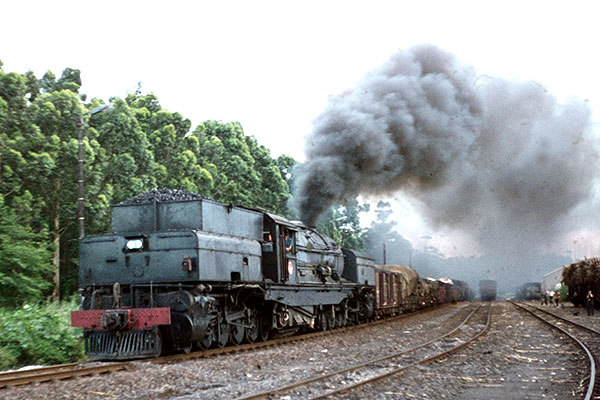 Caption - South African Railways (SAR) GL class 3-foot 6-inch gauge 4-8-2 Garratt 2357 at Mtunzini in November 1971. Eight members of this class entered service during 1929 and 1930. Built by Beyer Peacock in Manchester, UK, with an all-up weight of 210 tons. The class was originally designed to work on the Durban to Cato Ridge section of the Natal mainline. Later they were moved to work between Glencoe and Vryheid before spending their final working life operating on the line from Stanger to Empangeni in Natal. The class was withdrawn by 1972.