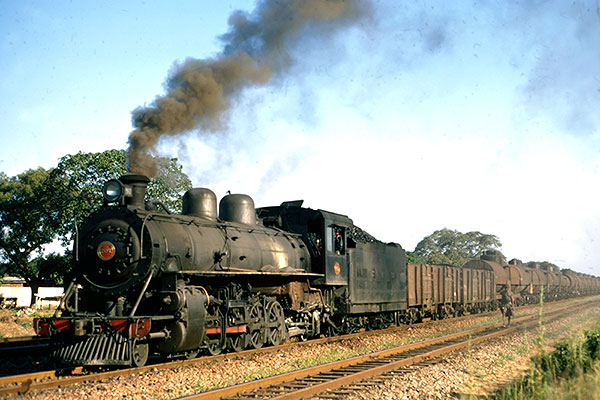 Caption - Mozambique Railways (CFM) had varied roster of 3-foot 6-inch gauge steam locos from a variety of manufacturers. Here no. 207 a Baldwin built 2-10-2 is seen in March 1970 at the head of a long rake of oil tanks at Machava, which lies on the outskirts of Laurenço Marques (now Maputo). In 1964 Mozambique became home to a civil war and the Portuguese colonialists left with the country becoming independent.