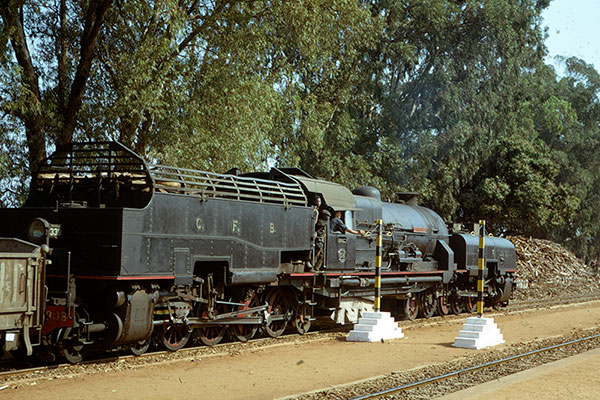 Caption - The Benguela Railway in Angola (CFB) had impressive steam locos. In this image, taken in October 1973, 10C class 4-8-2 Beyer Garratt 338 is seen near Lepi. Built by Beyer Peacock in 1952, 338 was one of batch of fifteen locos. Angola was a Portuguese colony at the time and locos were exceptionally well maintained. 338 was a wood burner using timber from the Eucalyptus plantations. Imagine travelling by train listening to the loco working hard with the smell of Eucalyptus filling your compartment.