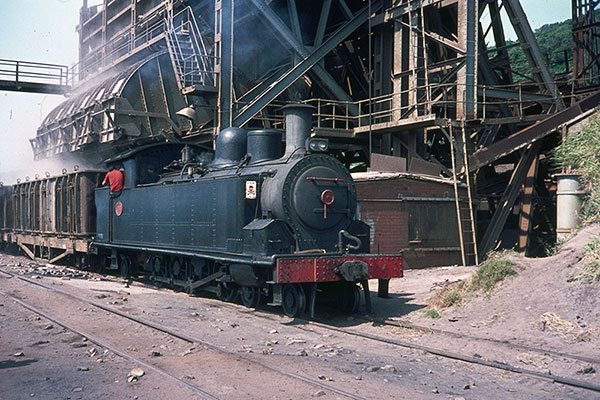 Caption - South African Railways (SAR) H2 class 4-8-2T no. 288 shunting The Bluff at Durban docks in October 1971. Built by Dubs in Glasgow as a 4-10-2T, the trailing set of driving wheels were later removed. The H2 tanks lasted until 1977 with all the remaining members of the class based at Greyville depot. The H2s were used at the Bluff because of the tight clearances and their relatively diminutive size extended their life until suitable diesels arrived.