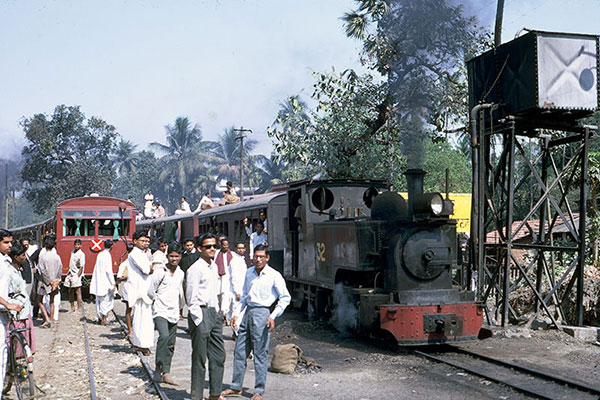 Caption - A busy scene on the two-foot gauge network from Howrah (Maidan) to Amta & Sheakhala in Calcutta during February 1968. This was one of the narrow-gauge railways operated by Martin's Light Railways. This suburban system carried many thousands of passengers each day using mainly 0-4-2Ts although there were some 0-4-0Ts too. Each day saw about 15 locos in use on heavily loaded trains especially during peak times of the day. This image shows no.32 built by Manning Wardle in 1913. Sadly the line closed in 1971 with part of the system being converted to broad gauge.