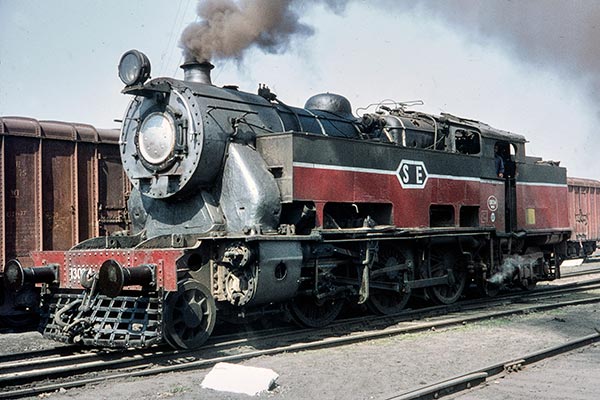 Caption - South Eastern Railway (India) broad gauge WM class 2-6-4T 13034 at Kharagpur in March 1976. This class eventually numbered 75 locos. Ten were delivered before the outbreak of WW2 with the remainder from 1951. This loco was built in the UK by Vulcan Foundry (6120 of 1951). Indian Railways were never too keen on tank engines and most of those built were used for suburban passenger trains.