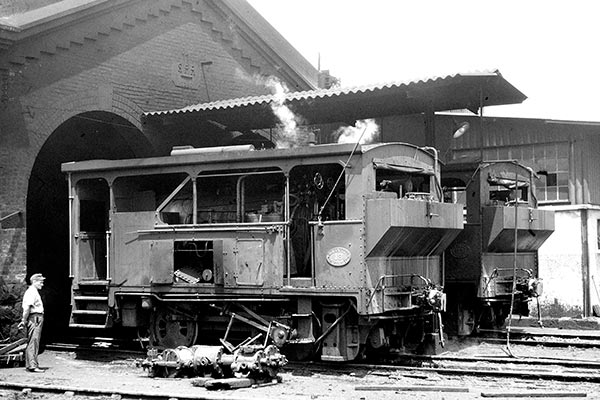 Caption - Estrada de Ferro Santos-Jundiai (EFSJ) no.16 (Robert Stephenson 1902) outside the loco shed at the top of the inclines at Paranapiacaba in October 1978. This 5 feet 3 inch gauge (1600 mm) railway, which links Saõ Paulo with the port of Santos, was originally opened in 1867. It was subsequently replaced by a new system in 1895. Because of the severity of the grades, five cable worked inclines at 8% gradient were built. These locomotives were attached to the cable and also worked the trains on the flat sections. This series of gradients lasted until 1982 being replaced by a modern rack railway with powerful electric locos.