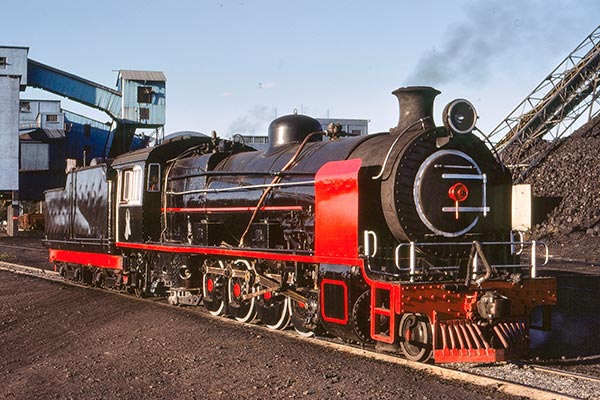 Caption - Springbok Colliery (Transvaal, South Africa) were using this immaciulate 12th class 4-8-2 at their mine when I visited in May 1983. Smoke deflectors and other embellishments have been adedd by the crew. These 4-8-2's were built by North British in Glasgow and were designed for industrial use. Some were unsuperheated and were based on the South African Railways 12th class.