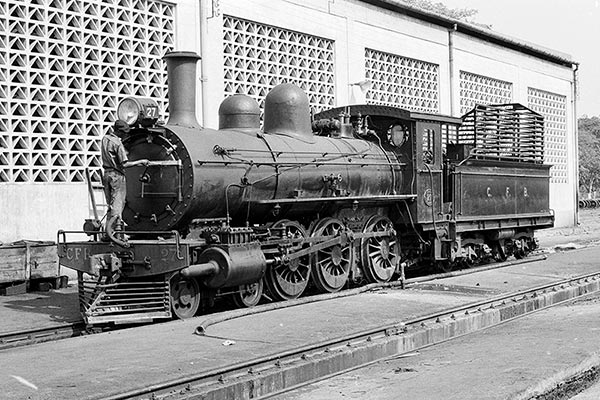 Caption - Benguela Railway (CFB) class 6 4-6-0 no.27 is seen in immaculate condition on Lobito shed in September 1974. This 3 foot 6 inch gauge loco was built by North British in Glasgow (19349/1909) to a classic colonial design. Like some locos on this railway no.27 is a wood burner. A few years later and Angola succumbed to civil war. The Portuguese left and the railway rapidly fell into decline.