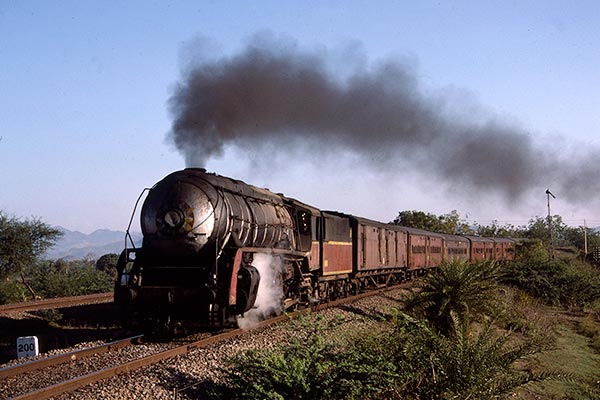 Caption - Southern Railway (India) WP class 4-6-2 7375 heads a short passenger train. This loco was one of the first production batches of this class, of which 755 were eventually built. After an initial batch of 16 prototypes built by Baldwin in 1947, Indian Railways ordered 300 locos for delivery in 1949 with production split between Canadian, Montreal and Baldwin. These locos were numbered in a chaotic manner so who built this loco remains a mystery. Sadly, the loco is seen towards the end of its working life after 36 years of service.