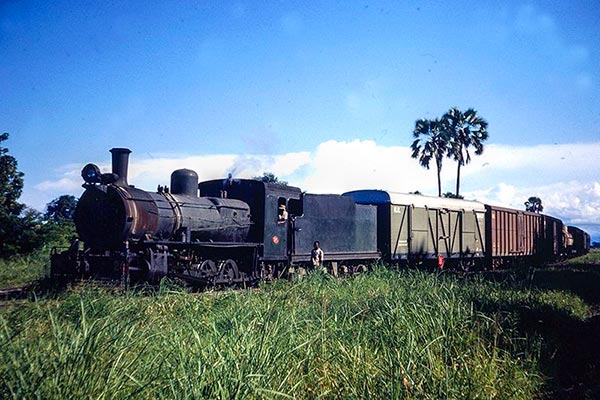 Caption - Nyasaland Railways North British built D class 4-8-0 no.24 is seen on a mixed train at Salima in February 1963. This 3-foot 6-inch gauge system later became Malawi Railways. The railway was linked to the sea via Mozambique where many of the exports and imports were transhipped. Today limited services still operate over part of the system.