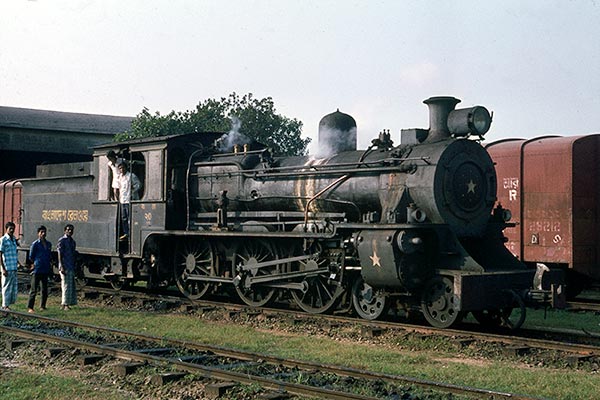 Caption - Bangladesh Railways metre gauge PC class 4-6-0 no.20 is seen at Dhaka in November 1975. This class of passenger locos were delivered to the Assam Railway with this example from Vulcan Foundry (2570/1910). At the partition of India this loco was transferred to the East Bengal Railway, which later became the East Pakistan Railway. When East Pakistan declared independence in 1971 all the locos in East Pakistan became part of Bangladesh Railways stock. Steam slowly disappeared and lasted only a few years after this image was captured.