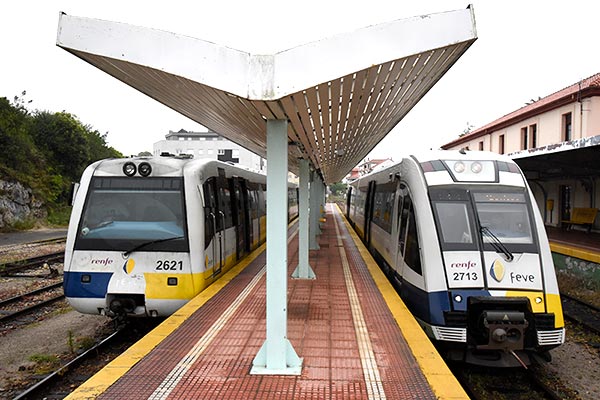 Caption - The Spanish RENFE (former FEVE) metre gauge network is concentrated along the north coast of Spain. With 1275 km of route some 25% is electrified at 1500 V DC. This scene at Ribadesella station in May 2019 with two two-car diesel hydraulic railcars. 2621 (built 1984) has just arrived from Oviedo with 2713 (built 2010) on a service from Santander. Both DMUs will reverse within minutes despite being advertised as through services between Oviedo and Santander!