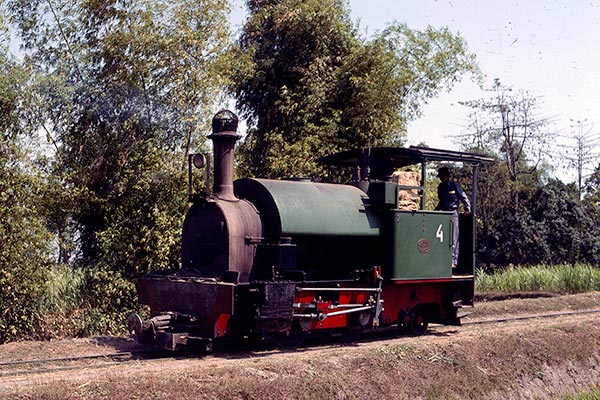 Caption - Trangkil Sugar mill on the island of Java (Indonesia) was home to the last loco built by Hunslet at their works in Leeds. Trangkil no.4 was a nicely proportioned bagasse fired 2'6" gauge 0-4-2T (Hunslet 3902 of 1971) and is seen here heading out into the cane fields to collect a rake of loaded wagons. The picture was taken in 1982 with the loco just over 10 years old. It would last another 23 years in service before eventually being purchased for preservation at Statfold where it was re-gauged from to 2 foot gauge.