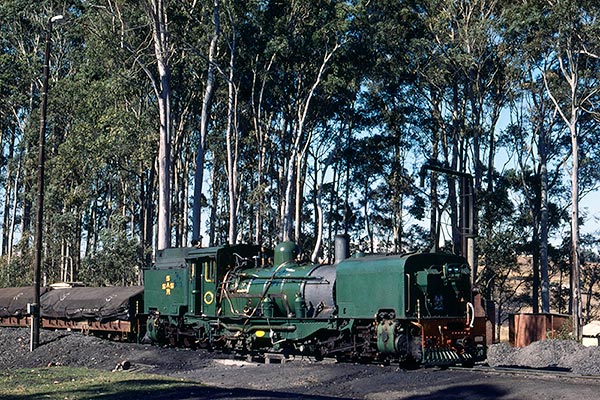 Caption - South Africa Railways (SAR) NGG16 class 2-foot gauge Garratt no.110 looks resplendent in clean green livery as it stops for water and fire cleaning at Izingolweni in July 1979 with a train up the line to Harding. The line from Port Shepstone to Harding was very scenic and still had considerable traffic at this time. The loco was built in Manchester (UK) by Beyer Peacock in 1939.