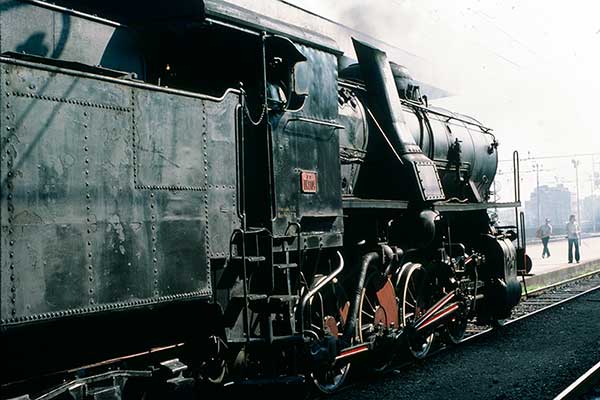 Caption - Italian State Railways (FS) Crosti-boilered 2-8-0 741.104 in June 1976. Crosti boilers used heat from the exhaust to preheat the water supply for the main boiler. This feedwater heater was located under the main boiler in the 741 class locos. Eighty-one of this class were built in 1954 and some lasted until the end of steam in Italy.