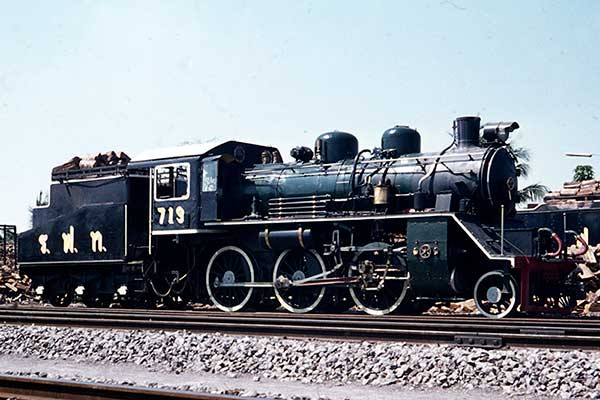 Caption - Originally this C56 class 2-6-0 was built by Kisha Seizo in Japan during 1936 for the Japanese National Railway (JNR). It was regauged to metre gauge and shipped to Thailand where it worked during the Japanese Occupation. The image shows RSR 719 near the wood pile at Thon Buri loco shed in March 1972. Today it is plinthed at Saphan Kwae Yai Railway Station.