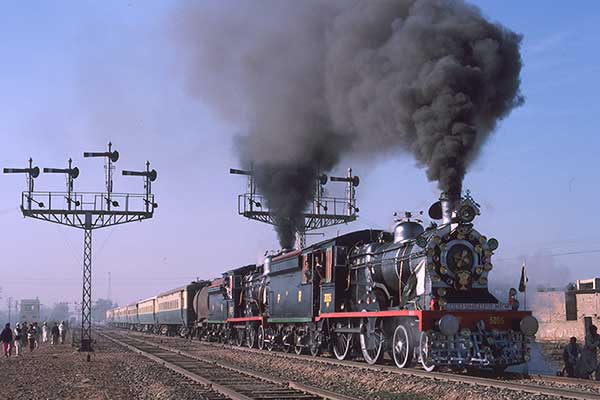 Caption - Pakistan Railways broad gauge SPS class 4-4-0's 3005 and 2973 leaving Faisalabad with an enthusiast special in February 1987. Both locos were immaculate and driven with skill maintaining a steady 80 kph on the line north to Malakwal. Amongst the last 4-4-0's in regular use the class remained in service into the early 1990s.