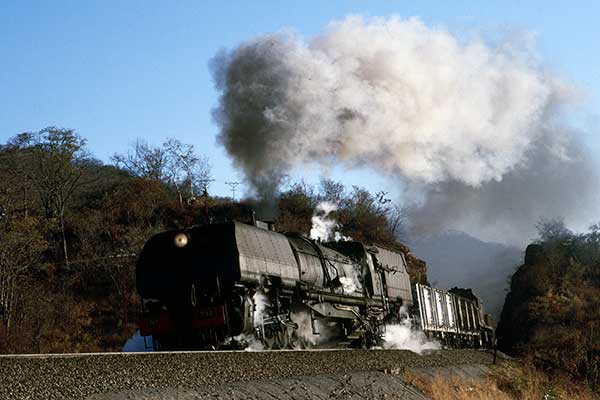 Caption - National Railways of Zimbabwe (NRZ) 20th class 4-8-2 Garratt no 734 heads a freight from Thomson Junction up the grade towards Lukosi on the main line to Bulawayo in July 1987. Amongst the most powerful Garratts ever built. A Beyer Peacock product dated 1957 they were capable of lifting 1600 tonnes on the long gradient up to Lukosi.