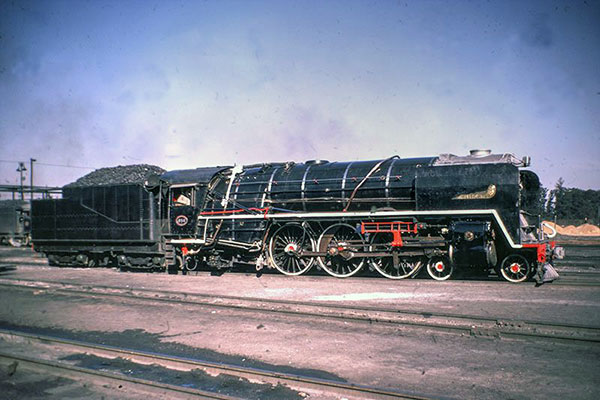 Caption - South African Railways (SAR) Cape gauge 16E class 4-6-2 854 at Bloemfontein in October 1968. There were six locos in the class built by Henschel in 1935. Their 6-foot drivers were the largest of any sub-standard gauge pacific. They also had the highest working weight and tractive effort of most 4-6-2's outside of North America. Initially they worked premier passenger trains from Kimberley. As train weights were increased, they moved to Bloemfontein where they continued to work passenger trains until withdrawal in 1972. Two remain substantially intact.