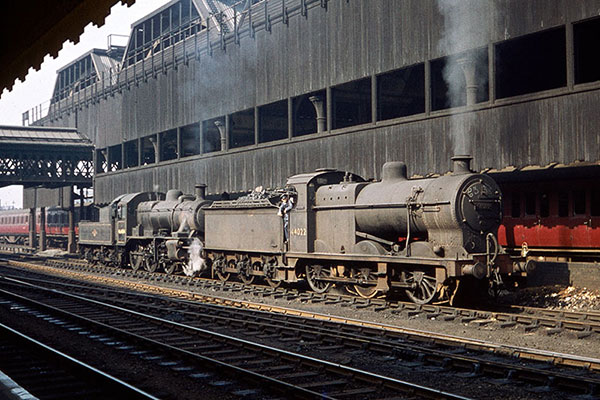 Caption - British Railways Fowler class 4F 0-6-0 44022 and Ivatt class 2 2-6-0 46484 wait at Manchester Victoria station in September 1959 ready to bank eastbound trains up Hunts Bank Incline to Miles Platting. During the early 1960s I visited Manchester Victoria on several occasions and was impressed with the amount of steam hauled passenger and freight traffic at this busy station. Also, of interest during any visit to Manchester, was a visit to the large depot at Newton Heath where both featured locos were allocated in September 1959.