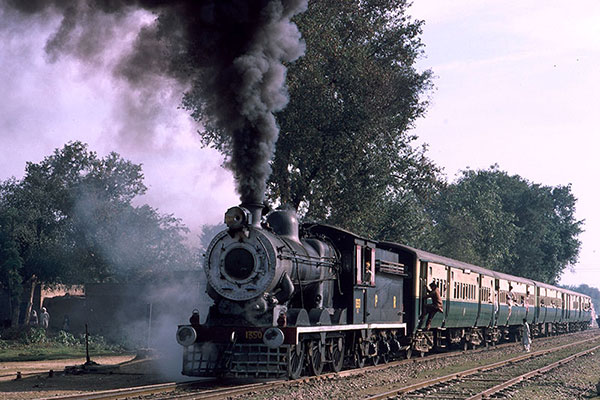 Caption - Pakistan Railways SGC class 0-6-0 1350 departs from Ugoke with a Sialkot to Wazirabad Junction all stations passenger train in December 1985. The SGC class were similar to the SGS class 0-6-0's but with outside steam pipes and other detail differences. At this time, Pakistan Railways steam locos were externally in good condition. However, some were mechanically in a poor state.