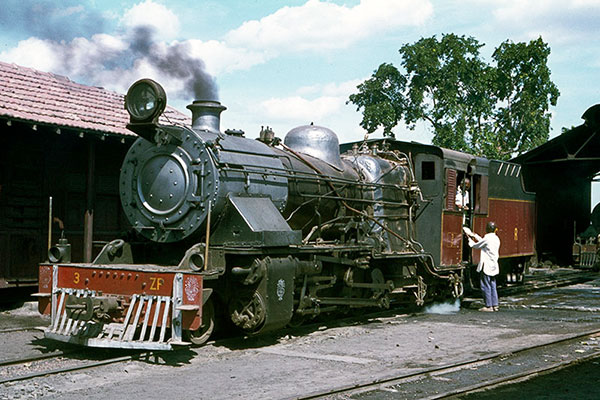 Caption - Central Railway (India) 2-foot 6-inch gauge ZP class 4-6-2 no.3 at Pulgaon in November 1979. This small class of five locos were built by Nippon Sharyo in Japan during 1954. The line from Pulgaon ran to Arvi. These locos were unusual in the cylinders drove the rear coupled axle. They were also unusual for Indian narrow gauge with a boiler pressure of 210 p.s.i. and consequently had a good turn of speed.