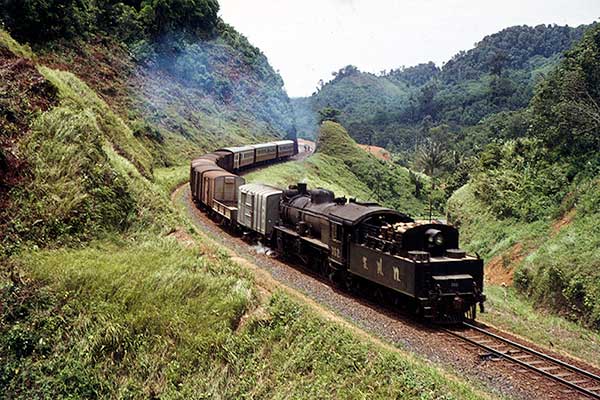 Caption - State Railway of Thailand (SRT) metre gauge 2-8-2 no.362 is seen at Chong Khao on the Southern Line 10 km south of Thung Song Junction in August 1975. This area was the final stronghold of steam until the arrival of a large batch of Alstom diesels in 1974. The steam fleet included wood burners, like 362, and oil-fired locos. Generally, the standard of maintenance and cleanliness of the steam, locos was excellent. Until 1951 the railway was known as the Royal State Railways of Siam (RSR).