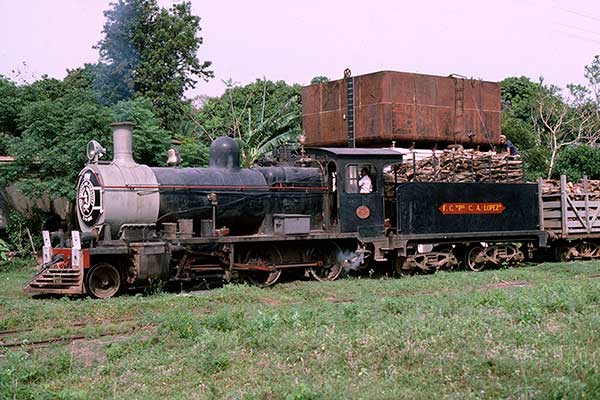 Caption - Paraguay Railways (FCPAL) retained 100% steam operation at least until 2009. The railway was built to standard gauge and most of the locos were British built. They included no.101 a 2-6-0 built by North British in Glasgow during 1911. This rather fine wood burner is seen at Aregua in December 1986 on the line south from Asuncion to Encarnacion close to the border with Argentina. FCPAL - Ferrocarril Carlos Antonio Lopez