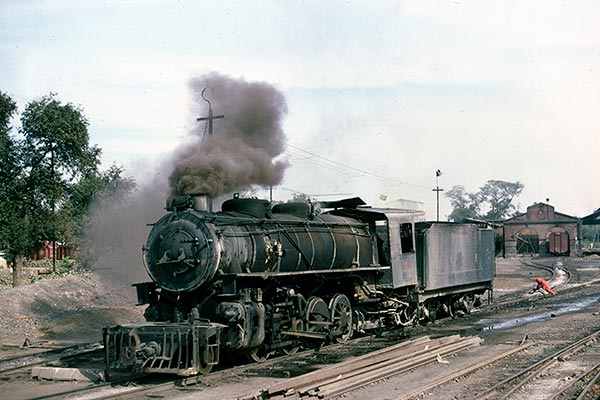 Caption - Indian Railways metre gauge MAWD class 2-8-2 no.1572 is seen at Agra Igdah loco shed in November 1978. Not looking very well looked after, 1572 was used for shunting in and around the station. Built by Baldwin (USA) in 1948, 1572 was one of a batch of 33 new locos ordered by Indian Railways. This class was originally built during World War Two for the United States Army Transportation Corps and 358 were purchased second hand by India after the war ended.