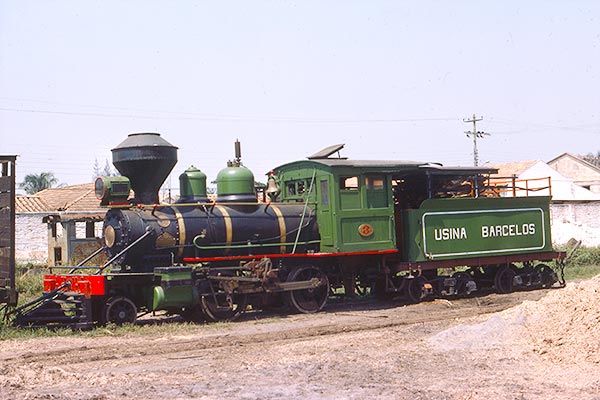 Caption - Usina Barcelos near San Jose Barra in north-eastern Brazil was an interesting sugar mill with a metre gauge railway that was home to some interesting locos. No.3 is a wood burning Baldwin 2-4-0 (53202/1920) which had been prepared ready to work the following day when photographed in October 1978. 2-4-0's had become less popular by the 1920's some this loco was something of a rarity when delivered. Also, at the mill were a number of American built 2-8-0's from the 1890's which will feature in future posts. This loco was sold, preserved and operational at a Farm Visitor Centre near Rio de Janeiro.