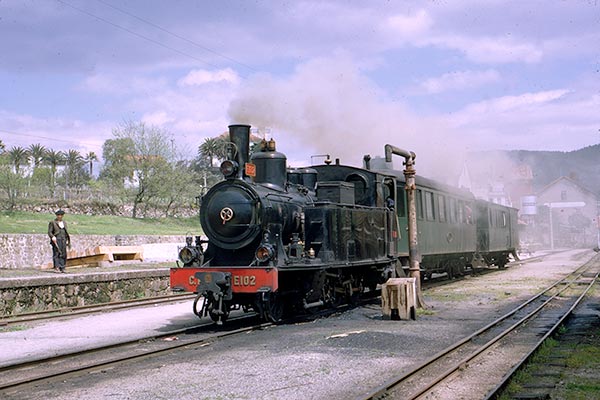 Caption - A charming scene taken in 1968 on the Portuguese Railways (CP) metre gauge system that radiated from Sernada da Vouga. 2-6-0T E102 has just taken water and is about to depart with a short passenger train as a platelayer looks on. The train is Viseu to Sernada Vouga service. Built by Esslingen in 1907, these lovely little engines were kept in superb condition by their crews.