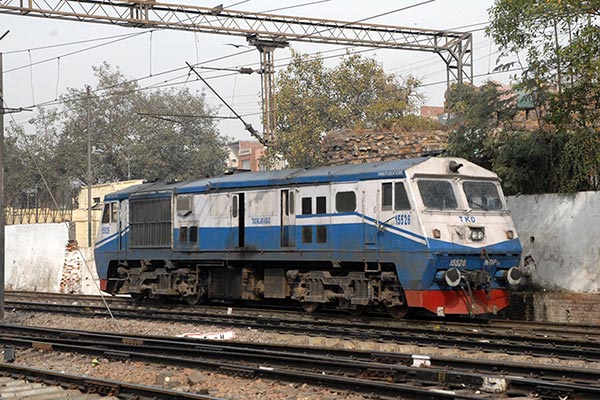 Caption - Indian Railways broad gauge WDP3A class Co-Co diesel 15526 is seen just outside Delhi Junction station in February 2018. Based at TKD (Tughlakabad) depot this 3100 hp C-Co is one of the few non-hood diesels in India. Originally classified WDP2 the 69 locos of the class were built between 1999 and 2002 and are an ALCO design. Production ceased with the introduction of more powerful and contemporary locos based on EMD design practice. This small class is split between two depots TKD and GOC (Golden Rock, Trichy) so has a very limited sphere of operation in India.