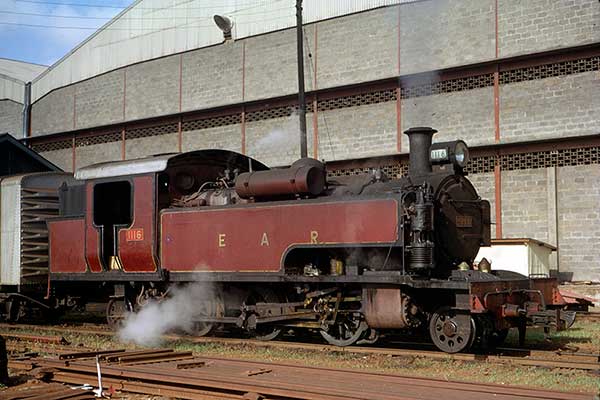 Caption - East African Railways metre gauge class 11 2-6-T 1116 is seen at Moshi in Tanzania in December 1970. These useful locos were employed for shunting and local freights. Vulcan Foundry (UK) built 27 of these handsome locos between 1925 and 1930 for the Kenya Uganda Railway which later became an integral part of EAR. Some examples remained in service until the mid-1970s. Like all EAR locos they were oil burners.