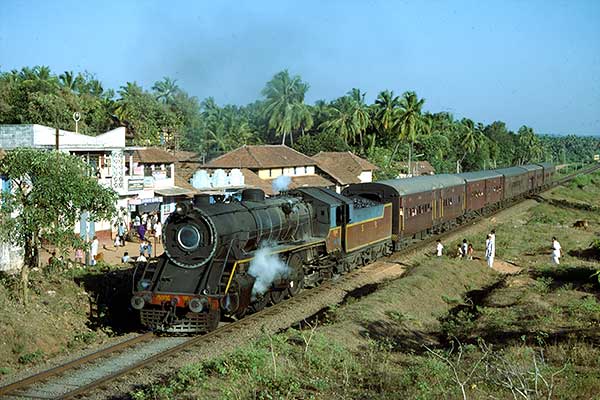 Caption - Southern Railway (India) WL class light pacific 15006 is seen leaving Tokkattu south of Mangalore on Christmas Day 1979. In June 1977 Southern Railway had 31 active WLs so by the date of this picture some of these had probably been withdrawn. The WLs were designed for routes with lower axle loads and the majority of the class were in service with the Northern Railway. The class numbered 104 locos in total of which 10 (including 15006) were built by Vulcan Foundry (UK) in 1955 with the remainder constructed by Chittaranjan Locomotive Works between 1966 and 1968.