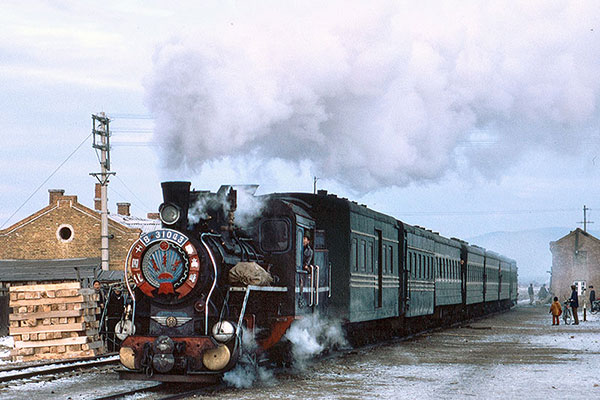 Caption - Weihe Forestry Railway in northern China was unusual in that it operated a regular passenger service. Like all the 2-foot 6-inch gauge forestry railways in the area, motive power was the ubiquitous C2 class 0-8-0. The loco pictured in November 1986, is B-31045 which was built at the Harbin Forest Machinery Plant. Based on a Russian design, similar locos were also built in Eastern Europe. One example of the class is being restored at Boston Lodge on the Ffestiniog Railway.