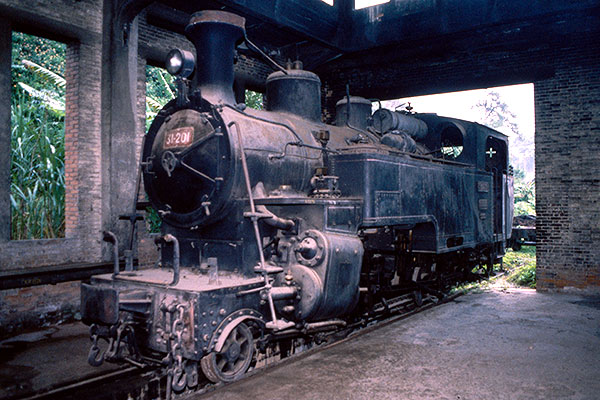 Caption - Vietnam Railways (VNR) metre gauge 2-6-0T rack loco 31-201 is seen in store at Dalat in October 1987. This loco has an interesting history. Built in 1913 by SLM it worked on the Furka Oberalp railway until this was electrified. After lying out of use for a few years the loco was exported to Vietnam in 1947 where it worked on the Dalat to Thap Cham rack railway. The railway continued in use during the Vietnam war but finally ceased operations in 1968. The Dampfbahn Furka- Bergestrecke purchased the loco and it returned to Switzerland in 1990. After an extensive rebuild, the loco entered service in 1993 as DFB HG 3/4 no.1.