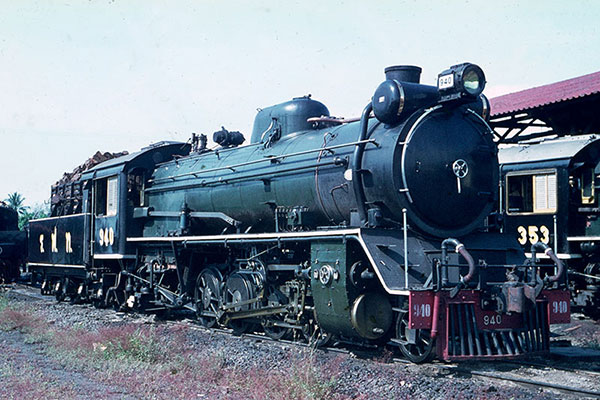 Caption - State Railway of Thailand (SRT) metre gauge 2-8-2 no.940 (Mitsubishi 1950) at Hat Yai in April 1973. With the arrival of a large batch of new diesels, this loco together with others had been recently overhauled and formed part of a strategic reserve. The image clearly shows the unique RSR livery with a dark green boiler and cylinder covers with the remaining sections painted black. Until 1951 the railway was known as the Royal State Railways of Siam (RSR).