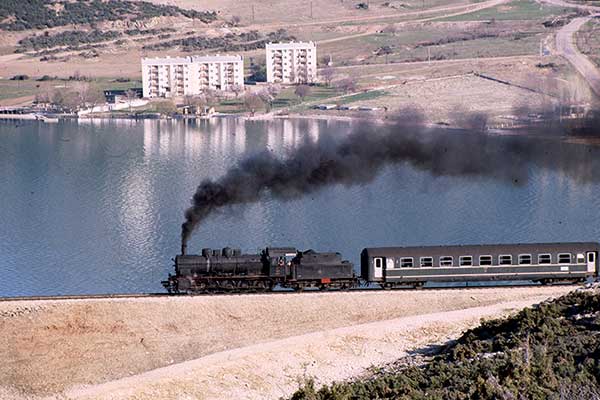 Caption - Turkish Railways (TCDD) 55001 class 0-8-0 climbs above the lake at Egirdir with a mixed train to Burdur in 1985. These 0-8-0's were based on the Prussian Railways successful G10 class which were constructed in large quantities for use in Germany and overseas. TCDD operated 49 of these locos which were delivered between 1924 and 1928. They lasted until the end of steam in Turkey where their light axle load was useful on many sections of the system.