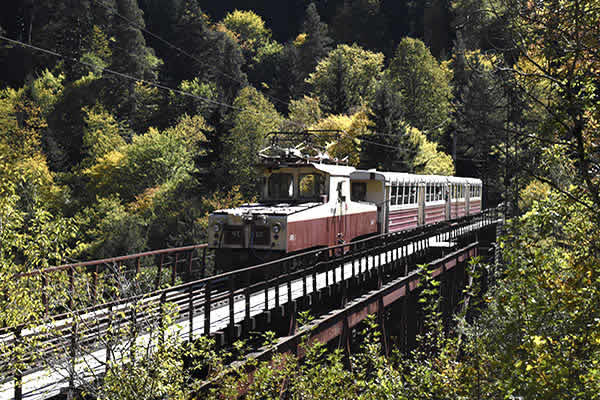 Caption - Georgian Railways operate a 900mm gauge line from Borjomi to Bakuriani which has been electrified since 1966 using Skoda built Bo-Bo's. Seen here is ChS-10 with the 10.55 train from Borjomi crossing the viaduct over the Tsemistskhali River between the stations of Tsaghveri and Tsemi, which was designed by Gustave Eiffel and commissioned by the Russian Tsar. The line is 37 km in length and climbs nearly 900 metres to Bakuriani with a journey time of two and a half hours.