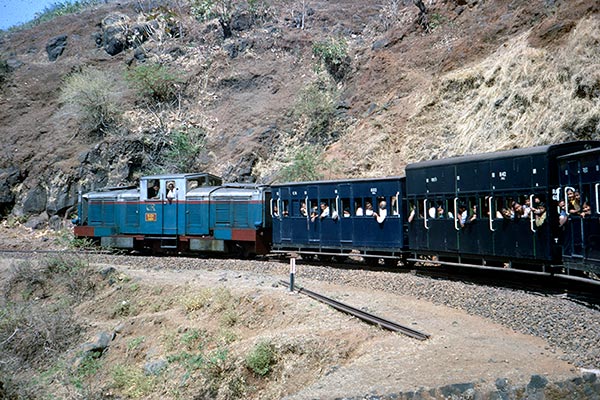 Caption - Central Railway (India) two foot gauge NDM1 class no.501 with a train on the Neral to Matheran line in February 1968. Six of these locos were delivered from Jung in 1956 and 501 is the only survivor having been rebuilt at the Parel workshops in 2002.