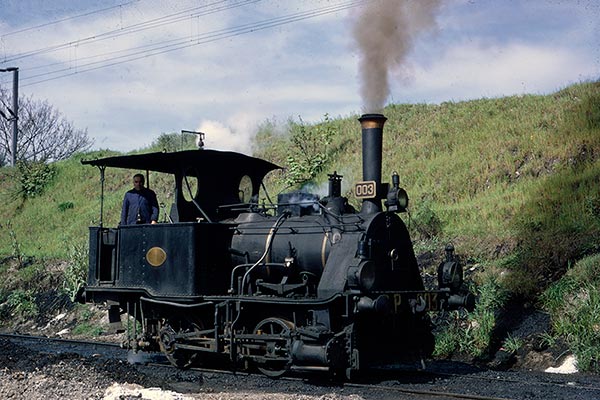 Caption - Portuguese Railways (CP) Iberian gauge 0-4-0T no.003 at Contumil (Porto) in April 1970. This delightful loco was one of a batch of four built by Cockerill in 1890 and served as Contumil depot pilot for many years and lasted into the 1970s. Today it is on display at the Entroncamento Railway Museum in Portugal.