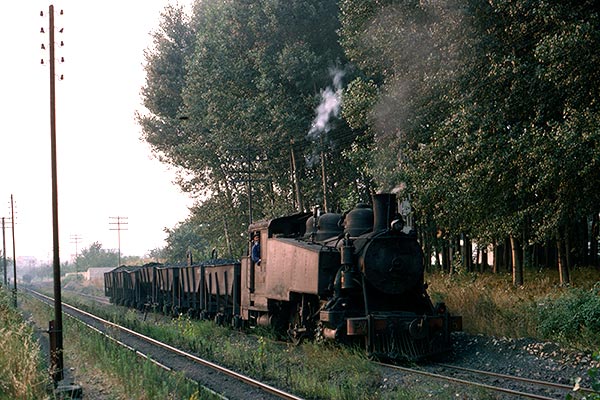 Caption - The 64 km long metre gauge Ponferrada Villablino Railway (PV) in northern Spain was primarily a coal hauling line although there was a daily return passenger service. Operated by the Minero Siderúrgica de Ponferrada (MSP). In August 1978 Baldwin 2-6-2T no.5 built in 1919 heads a coal train near Ponferrada. The passenger service ceased in 1980 and steam remained until the line finally closed in 1989. A section has been preserved together with a number of the locos.