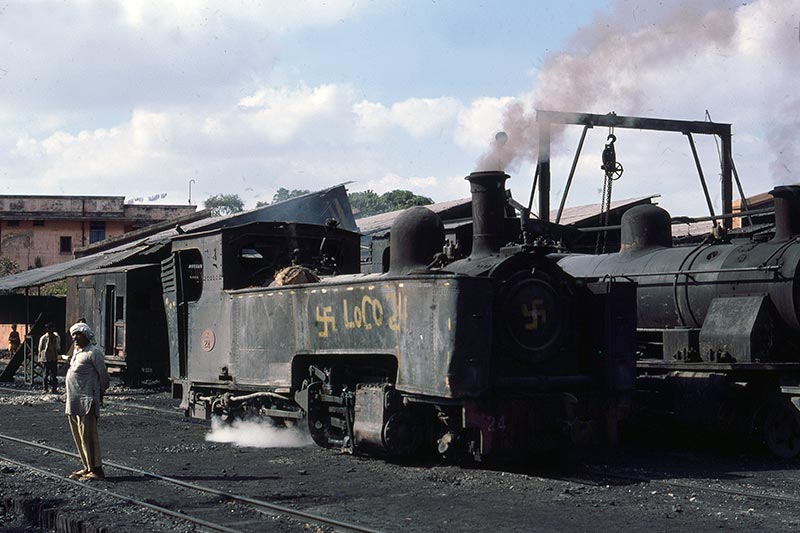 Caption - Dehri Rohtas Light Railway (India) 2 foot 6 inch gauge K class 2-6-2T no.24. Built by North British (18598/1907) for the Kalka Shimla railway, it became Northern Railway 529, it was purchased in 1967 for use on this extensive industrial system. Photographed in December 1978 it was in typical condition for locos on this line with a damaged side tank. The use of the Swastika in India is common and is an ancient religious symbol.