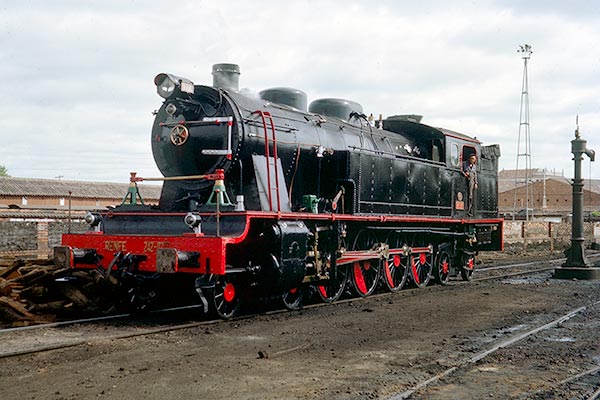 Caption - Spanish Railways (RENFE) 4-8-4T 242.0277 is seen in immaculate condition at Salamanca depot in May 1964. Built by MTM (248/1926) to Iberian gauge of 1668 mm (5 foot 6 inch) this class of locos were designed for heavy suburban and short distance fast passenger trains in the Barcelona area. With electrification of many lines, they were dispersed to other depots. The loco is in ex-works condition and had probably just received its last major overhaul before withdrawal.