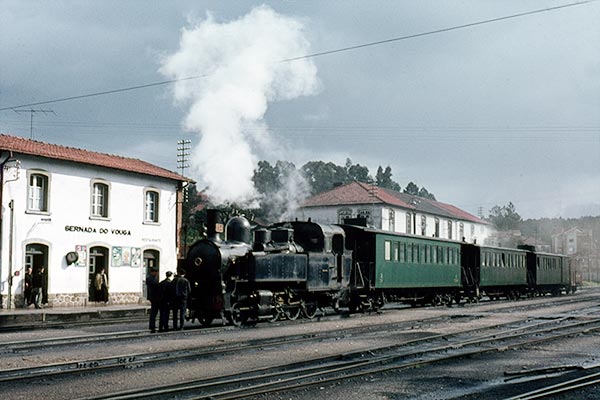 Caption - Portuguese Railways (CP) metre gauge 2-6-2T E94 at Sernada da Vouga with a train to Aveiro in September 1970. The Linha da Vouga ran from Espinho (south of Porto) to Aveiro via Viseu and was the last of the metre gauge lines to be closed. E94 was one of a batch of seven locos delivered in 1910. The batch was ordered from Deacauville, but all but two of the locos were subcontracted to Orenstein & Koppel who built E94.