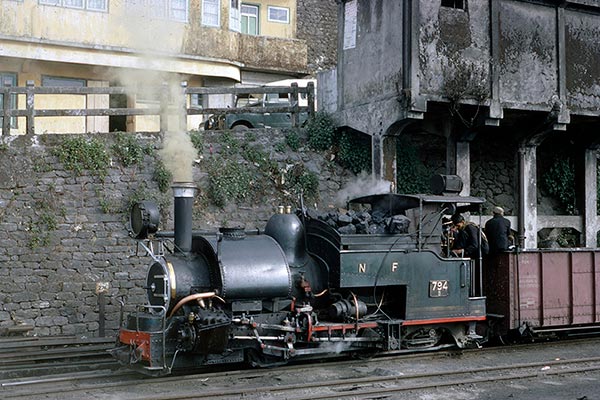 Caption - Darjeeling Himalayan Railway (DHR) B class 0-4-0ST 794 is seen at Kurseong with a freight train in February 1968. This loco was one of the few members of the class that was built by Baldwin (44914/1917). This loco was later transferred to the Matheran Hill Railway near Bombay in March 2001 and still survives.