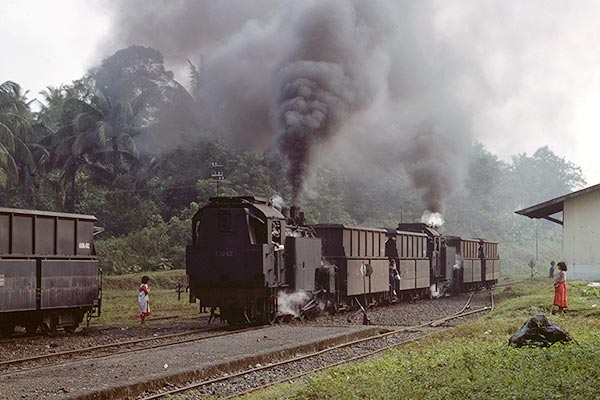 Caption - Indonesian Railways (PJKA) 3 foot 6 inch gauge Giesl fitted rack 0-10-0T's E1052 and E1051 with a loaded coal train enter Kajutanam station in September 1982. The train has just just descended the rack down from Padang Panjang and is heading to Padang the regional capital in West Sumatra. Both locos were built by Esslingen in 1964 and are from a batch of 10 from this manufacturer. Another seven members of the class were built in Japan and entered service as late as 1970.