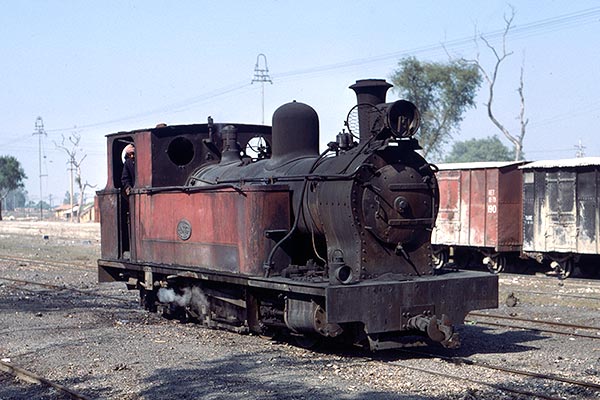 Caption - Dehri Rohtas Light Railway 2 foot 6 inch gauge 0-6-4T no.6 was built by Avonside (1982 of 1926) and delivered new to the railway. It is seen shunting the yards close to the broad-gauge exchange sidings in December 1979. The railway had a mixed bag of locos typical of many industrial railways.