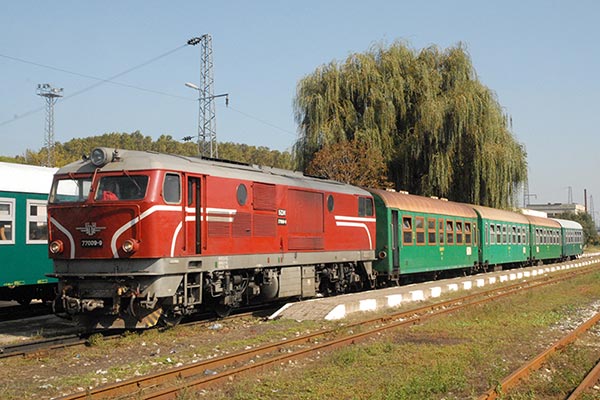 Caption - The Bulgarian Railways (BDZ) 760mm narrow gauge line from the mainline at Septemvri still sees regular passenger trains four or five times a day. Bo-Bo diesels of Class 75 (Henschel 1965) and class 77 (1988 from 23 August Works of Bucharest, Romania) work all the traffic. This image was taken in 2014 at Septemvri Station as class 77 77-009 prepares to leave for Dobrishinte with the afternoon train.