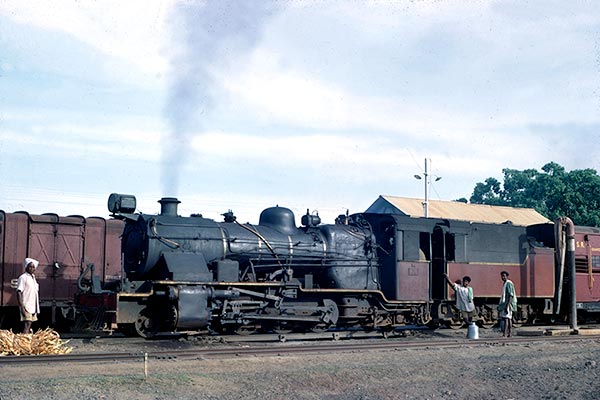 Caption - Southern Railways (India) 2 foot 6 inch gauge ZP class 4-6-2 no.4 at Yelahanka with a train for Bangarapet in March 1968. Five locos of this class were constructed by Nippon Sharyo in 1954. Their boilers were similar to the metre gauge YL class 2-6-2s. Two were sent new to the Southern Railways with the remaining examples eventually ending their service on the Central Railways Pulao to Arvi branch where they were the last narrow gauge steam locos used on Indian Railways in 1997.