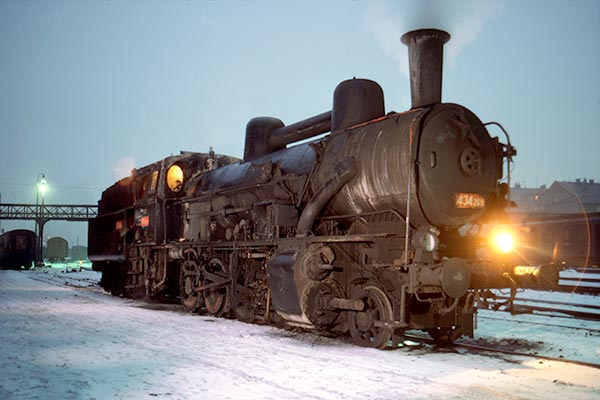 Caption - Czechoslovakia Railways (CKD) 2-8-0 434.239 pauses between shunting at Liberec station on a very cold night in February 1976. At this time, Liberec was almost 100% steam with only a few diesels in use. This class was built to an Austrian design as compounds using saturated steam (class 434.0). They were rebuilt from 1923 to simple expansion using superheated steam and reclassified as 434.2