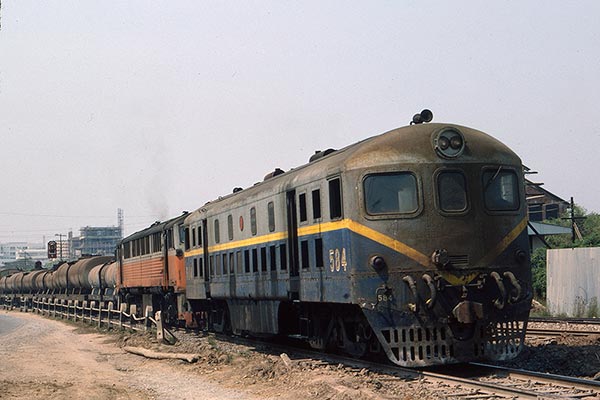 Caption - State Railway of Thailand 584, Co-Co Diesel electric, built by Davenport USA in 1955, and fitted with a MAN D397 engine, leads 4023 a noisy UM12C class Bo-Bo built by General Electric in 1964. The location is outside the main railway workshops at Makkasan in Bangkok.