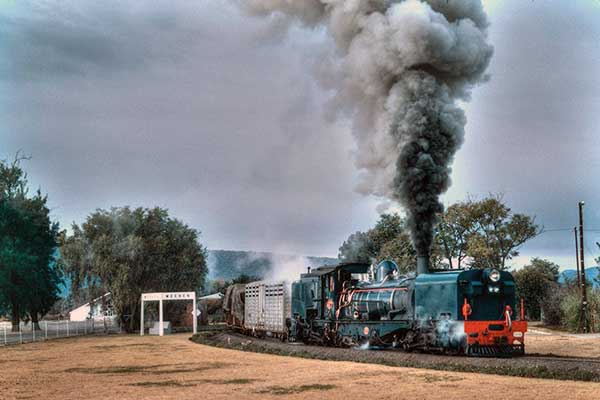 Caption - The South African Railways 2 foot gauge line from Estcourt to Weenen in Natal was the 'Cinderella' of the narrow gauge lines often ignored and less visited than the others. This image shows NGG13 class Garratt no.77 with a train departing Weenen for the main line at Estcourt and was taken in July 1979.